SINCE reggae gained Grammy recognition 37 years ago, six women have been nominated in the Best Reggae Album category. Only one, Koffee, has won.

Two women, Etana for Pamoja and Spice with Ten, are in the running for the 2022 award. Sean Paul (Live N Livin), Gramps Morgan (Positive Vibration), Royal (Jesse Royal) , and Beauty in The Silence by SOJA complete the line-up.

There has been talk recently by artistes like Tanya Stephens about widespread sexism and exploitation of women in Jamaican music. Etana says those are not the only reasons for the gender disparity in Grammy selection.

“Some women just don’t have the wherewithal to gather the right musicians, engineers, etc, to create the quality productions that would be considered by other talented people in music for a nomination,” she told the Jamaica Observer.

The singer-songwriter added that while she experienced sexual advances by male colleagues early in her career, women must realise that it takes more than an image to impress judges at The Recording Academy.

“Music production and promotion, to create awareness, takes money. Most of the monies I made in music was flipped back into music. Even when I had VP [Records] I had to spend millions in Jamaican currency to promote myself,” she said. “Their budget never really did much for promotion and wasn’t enough to do as I thought I needed. I quickly learned that If I believed in my music I must invest in it myself.”

Koffee won the Best Reggae Album award in 2020 with Rapture. Her historic victory came 24 years after Judy Mowatt was the first woman nominated for Working Wonders.

Rita Marley, Sister Carol, and Etana were the only other women nominated for solo albums prior to Rapture. Etana was called in 2019 for Reggae Forever. Pamoja makes her the first woman to be nominated twice for the reggae Grammy.

Their ‘sisters’ in the pop field have done far better in terms of Grammy success. Janet Jackson, Amy Winehouse, Beyoncé and Adele are some of the acts with multiple statuettes to their names.

Still, Etana does not believe the lack of Grammy selection means women in reggae are not producing quality music.

“I know there was some talk about more women being nominated in 2018. Much attention was brought to women being more involved and recognised for their works,” she said. “In 2022 we just need to keep moving and keep creating quality music. Men are being much more supportive, women are more involved, productive and supportive as well. I think we are moving in the right direction.” 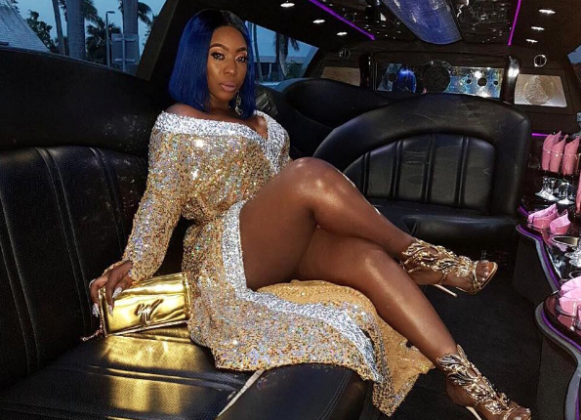