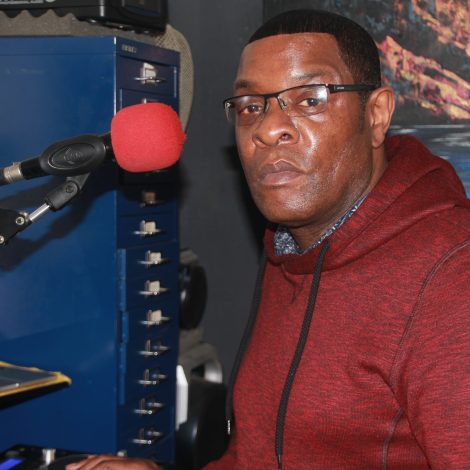 I suppose you could say my love for music started as a child singing along to songs on the radio and enjoying our Sunday afternoon family sessions in the front room where dad would play a selection of music that became the foundation of my journey.

My interest in sound systems started around the same time as my music collection..by the time I reached 18 I had already been involved in several sound systems including my own little system called Stereotone hi-fi with a few close friends (Robbie & Bunny)playing at local venues and house parties…Things really took off when I was approached by a local sound called Leo International and asked If I would like to join them, one of the benefits being that they were the resident sound at a well known venue..I accepted…of course and made a reputation for myself as a selector and mike man…the highlight of this union came in 1983 when we took Leo Sound to Belgium for a mini tour…It was great…Up Front International was probably the sound that most people remember me from although I my role was strictly as an entertainer on the mike alongside Guv Chello, Sakki Ranks, Bunny,Robbie, Chukky and the Up Front Family…

After the sound systems my involvement with playing music publicly ceased and I concentrated on working for a living…It would be around 10 years before I would play music for the public again…Got a call out of the blue one day asking if I would like to do a demo for a local radio station…It went well…I started presenting two radio shows a week, I was loving it but it was short lived as the owners of the station had a difference of direction causing the station to split…after a waiting for things to redevelop..I found myself out of music again…but this time I my sabbatical to good use…by sorting out my music and taking the painstaking time to put a lot of my vinyl onto cd…Then…one day after having a conversation with Robbie, he told me about a radio station that he was on and suggested that I should come along one day and talk to the management…That was in 2008…The Radio Station was Ketchdis.com…The rest is history…watch this space.